Mysteriously Yours has been entertaining diners with interactive murder mysteries since 1987. Producers Lili and Brian Caws toured their show throughout North America before settling into their current home on Yonge St., just north of Davisville. The duo have a repertoire of over 50 mysteries and the show at the theatre changes every few months.

Speakeasy! A roaring 20’s Murder Mystery is their latest production, set in a New York City nightclub on the opening night of ‘East Side Marion’s’ brand new musical. I was recently invited to enjoy a night of entertainment with a guest.

Dinner
Atmosphere: The dining area was set up with tables grouped together allowing diners to meet new faces, mingle with each other and work together to solve the mystery. During the meal, the actors worked the tables and every character stopped by to introduce themselves. The actors were interactive and the crowd lapped it up. Conversation buzzed throughout dinner. There were lots of people celebrating milestones that night including a bachelorette party.

Service: The sign in process to each guest was lengthy. Although doors opened at 6:30pm, by the time everyone had picked up their name tag and sat down, it was closer to 7:00pm. Our table was one of the later ones to be completely seated, which meant our orders were taken very late. The server took our entire order, choice of appetizer, entree and dessert at once along with drinks. There was a clear inconsistency between when tables received their food and it was so busy, I had a hard time tracking down our server to place another drink order.

Food: Starting our meal was a breadbasket of various flatbreads and rolls. I loved the hummus that was served alongside the butter and the selection was great. For my meal, I chose the soup of the day, baked salmon and brownie for dessert. My friend went with the caesar salad, mushroom risotto and pecan rum tart. Of all the dishes, the highlight for me was the salmon itself. The fish was cooked beautifully, just pink, flakey and the aioli sauce was rich and creamy. Everything else was ok. My daiquiri was slushy and the house white wine was very easy to drink.

The Show
For me, the drawing point at Mysteriously Yours would be the show. Each of the actors were engaging, fully in character and delivered their punch lines on cue. I laughed more than I expected and the script was very “punny”. You can get as involved in the mystery as you want, or sit back and enjoy the show. I did the latter, so when it was time to cast our ballots for who had done it…I took a wild guess while my friend got it spot on.

Overall the night was entertaining and I had a good time. The story was well-written and each character was given the time to shine with a fully fleshed out backstory. Clues were sprinkled throughout the play and any of the suspects could’ve been the killer. Once the murder was solved though by Detective Sam Spade, it all made sense. I also loved when the actress playing East Side Marion stretched her vocal cords. 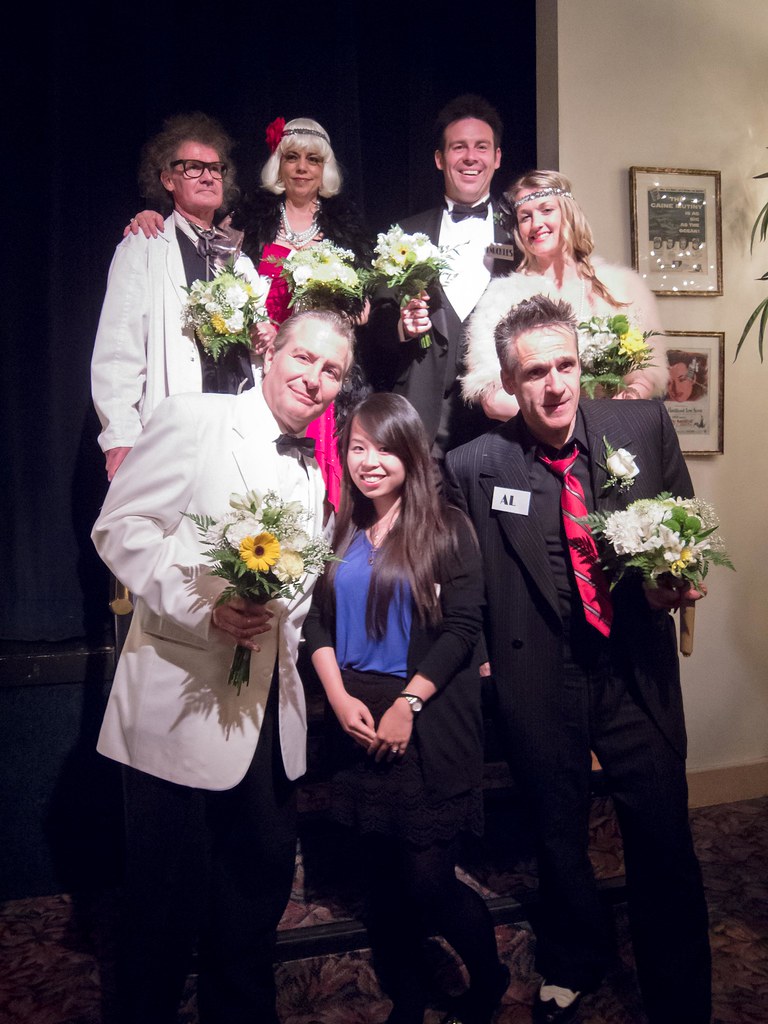